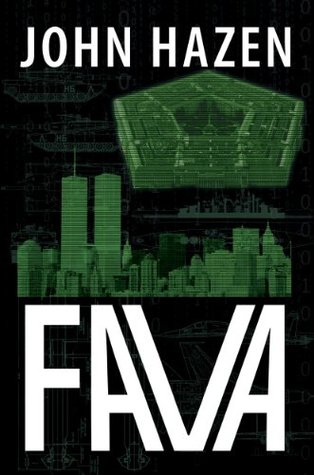 This is one of those books that I got for free for my Kindle so I thought I would just go ahead and read it. I knew it was something that I usually wouldn’t read, given my apparent high-standards when it comes to thrillers, but I thought I would give it a try given that it was free and I was stuck on a train having forgotten to bring a book with me (an oversight I don’t think I’ll ever forgive myself for). On Goodreads it seems to be a fairly well received novel so how bad could this free ebook really be?. However, about halfway through this novel I couldn’t take it anymore and I had to stop reading it. Let’s just say that I’m thankful I didn’t have to pay anything for it.

The biggest story of Francine Vega’s career could end her life…or start World War III. Francine is a rising TV news reporter in New York City. Despite her brains, beauty and a growing following, she is stuck covering local interest stories. That is until her career literally hits the jackpot when the winner of a $450 million dollar lottery tells Francine that he is committed to using his new fortune to avenge his brother’s killing at the Pentagon on 9/11. His seemingly crazy plan is backed by more than just money-he is in league with a ruthless and powerful Army Colonel gone rogue, religious extremists and co-conspirators in the highest levels of government. Francine teams with FBI Special Agent Will Allen, one of the few people who believe the threat is real, in a desperate race across three continents to stop the plot before it’s too late.

Now, most of the time the reason that I don’t like reading a book is because it has predictable plot lines or two dimensional characters or it just doesn’t grab my interest in terms of what the content is. A lot of the time I can ignore these things and end up finishing the novel anyway–looking at you, Catcher in the Rye; excellent novel but a terrible story. However in this case, it had nothing to do with any of those three things, though they are present. No, in this case the reason I couldn’t read this book anymore was because of the writing itself. You should know that a lot of the time I say that a novel is well written but I didn’t like this or that about it. In this case I could live with all of the other things I didn’t like but the writing actually hurt my soul. Here’s just a little taste, as the reader is introduced to the love-interest:

As I stepped into the restaurant, the most gorgeous man I’d ever seen in my life sitting at a table to my right rose from his seat and called out[…] He got even better looking the closer I got. About six foot two. Obviously takes care of himself. Dark complexion, hair and eyes. Neatly trimmed mustache. A pronounced cleft in his chin. A stylish gray suit, crisp white shirt and red patterned tie.

I’m sorry but any author who uses the phrase “the most gorgeous man I’d ever seen in my life” cannot be using it seriously unless they are twelve and writing fan-fiction. The rest of the description (the extent of description for this character) is generic and clipped. There is absolutely nothing about him that would make him stand out. He has become Attractive Guy for Female Protagonist. The only other detail we learn is that he’s Muslim–making him Muslim in NOT giving him a personality.

However, this might have more to do with Francine, the main character and narrator, having next to no personally except being pretty and vaguely passive-aggressive. Perhaps it is her bland narration that is reducing this man to the sum of his external parts. She sounds like the worst approximation of a person that you could possibly have. The lines in this novel are predictable in the worst way. They are simplistic and two dimensional and they tell you absolutely nothing about the character that’s saying or thinking them.

I’d considered asking Jonas to join us so that he could keep up with all that was being said but then I decided against it. First, I thought my first chat with the Captain should be confidential and frank. I imagined that he knew something about me from Farad. Introducing a new person, no matter how much I attested for him, might inhibit his comments. Second, we were meeting in a public place and, until I got a better lay of the land, I thought it better to be as inconspicuous as possible, especially after my experience on the plane.

There is absolutely no tension in this paragraph, but there should be. Francine is meeting with someone in a foreign country and not telling anyone about it. She too is worried about whether or not it’s a smart idea but she’s also desperate to get the information she needs. Problem is, the story is stuck in Tell-mode. I know it’s a cliche to instruct writers to show, not tell, but the important thing to note here is that it’s passive–if it were based on actions in the present tense, the suspense would increase dramatically. This is a simple note to give Hazen, which brings me to my final, ranty point…

This novel is written like an initial draft, or at least one of them. I’m not sure to what extent this novel was edited but it was not enough. So many of the things that made this novel boring could have been fixed because they’re obvious. I didn’t even take the time to point out minor details because these huge ones were distracting me. Which is sad because I can see the potential of this novel. It’s fixable and that’s what annoys me the most about it. Someone looked at this novel and said “that’s good enough”. Worse, there’s all these people reviewing it online also saying that it is good enough. I want to fix this novel because I know that I could and that’s what makes it even more disappointing than if it had just been bad.