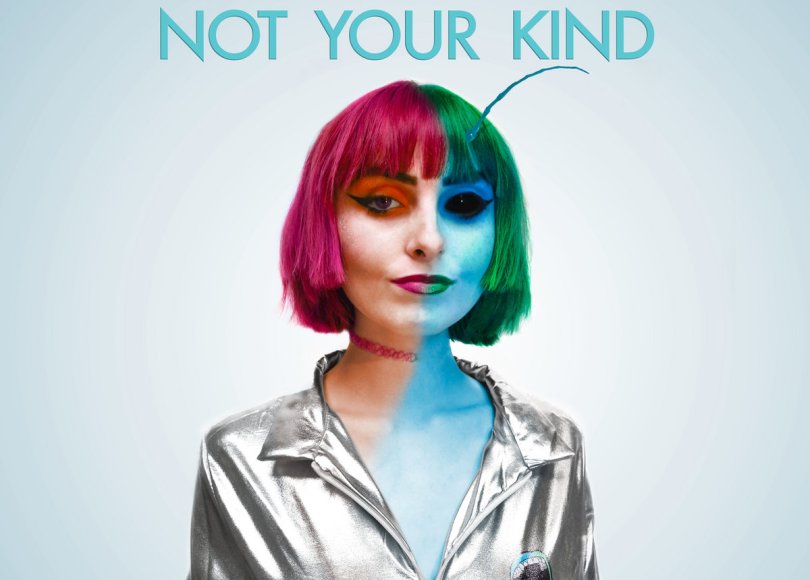 Full disclosure: this is a band that I had never heard of before they followed me on Twitter after I posted my artist spotlight of Forever Emerald. I thought it would be a nice way of saying thanks just to go listen to their music. However, I’m choosing to write a whole post of their latest EP because I was surprised by a) how much I enjoyed it, and b) how few people seem to be listening to it.

This EP came out on June 30, 2019 from the band Hoity-Toity which is a California based band made up of Shelby Muniz (vocals), Aria Hurtado (guitar), Tana Snyder (bass;backing vocals), and Kelsey Caselden (drums).

So here are my thoughts.

I’m going to go through each track in the order they come in. There’s only five so bear with me.

I love how the drums come crashing into the guitar at the start of this track. I also like how the instruments are given time to breathe (almost a full minute) before the vocals come in–which is a great way of starting off an album. Some people might be off-put by this but it’s a short 45 seconds and the music is certainly good enough to keep the listener’s attention.

Going to be honest: I wasn’t sold on the vocals the first time I listened through this EP as a whole. It wasn’t because of a lack of talent but for a really nit-picky thing–I didn’t like the cadence. This probably has something to do with being a singer myself (though not in a band) and the singer part of my brain saying, “that’s not how I would sing it.” So I had picked it out as weird and my brain latched onto that. But on the second or third listen it didn’t bother me any more. In fact, in later tracks I would really enjoy the vocals.

That being said, there’s a part in the song around the 4-minute mark where there is a long, held note and I really hate it. I’m not sure if this is because it’s a little sharp or if it’s too contrastive to the rest of the song leading up to it, but it pushed me out of the song every time–which is a shame when it comes right near the end.

The fact that I have to dig this far to find things I don’t like says a lot about how much I actually enjoy this track–it’s just that the stuff I don’t like sticks out more.

I absolutely love the guitar in this track! It starts off heavy and then pulls back into this wonderful, chunky single guitar. It’s got a bit of a funk feel to it and that little descending riff at the end of the verse?–so cool. You know when something is so good that you scrunch your face? That’s what this guitar does to me–every time.

Why you are insane

The bass really adds to the funk-feel. This is one of those songs I would love to hear played live because I’m sure I would be able to feel it–it would rattle my whole body.

There is a beautiful chaos to this song that I’m really drawn to. Not only was this one of the songs that stuck out to me on my first listen on the EP but it remained the song I looked forward to listening to again and again–making it my favourite track.

This track didn’t do it for me. I just didn’t vibe with it.

That being said, the bass is really good in this. Without the drums to overshadow it, this is definitely a song in which the bass is given some space to shine through. It’s even given a little solo in this one which rarely happens (poor, ignored bass players).

Not sure what effect they have on the guitar in this one but it’s pretty cool–with the slight echo to it.

I actually love Muniz’s vocals in this one. There’s this little bit of rasp that she uses when she moves into a more mixed voice that adds some nice texture.

My dislike of this song might have something to do with it coming after my favourite one, Mykinnacoma. But I think it has more to do with there not being as much going on in this track. It feels constrained in a way and I’m stuck waiting for it to be released only to be disappointed.

I really like the desert feel to this song–which is probably caused by the percussion. It doesn’t last all the way to the end though, and, quite frankly, I would have liked for them to have not gone for the feel at all or really leaned into it. It just seems a bit odd in its current state.

I like the speed at which the chorus is sung in this one. It’s almost rap which is an interesting decision. I thought it fit nicely with the atmosphere of the track as a whole and it was done well on top of that–a lot of people wouldn’t have been able to pull it off (myself included). It speeds up only for Muniz to lengthen a single word or short phrase, resulting in an interesting rhythm that I think is the showcase of this track.

This is a pretty short track–coming in just under 3 minutes–which is why I’m a little curious as to why there is an instrumental section in it. I enjoy it but mostly because I’m not sure if this song has enough to say. “Don’t give me the norm” is repeated a bunch of times and that seems to sum-up the theme of the song. It almost feels like it was written just to have a rally cry to end the EP with. It’s a bit of an abrupt ending to the EP though.

That makes it sound like I’m very critical about this song when in fact it’s a perfectly good one. Vocals are good, guitar is fantastic, I can feel the drums and bass in my bones (which is always a good sign). I just think that this band can do better, especially for a final track, and I hope that’s taken as the compliment I mean it to be.

I think the instrumentation is what really stuck out to me the most about this band which doesn’t happen very often. Usually I latch onto the vocals and lyrics and have to force myself to listen deeper. It was the opposite in this case. I’m not sure if that was because the instrumentation was so good on this EP or if my initial problems with the vocals pushed me to focus on the backing instead. Either way, the musicians in this band have got some real talent. I hope that they continue to grow as writers and am looking forward to what they release next.