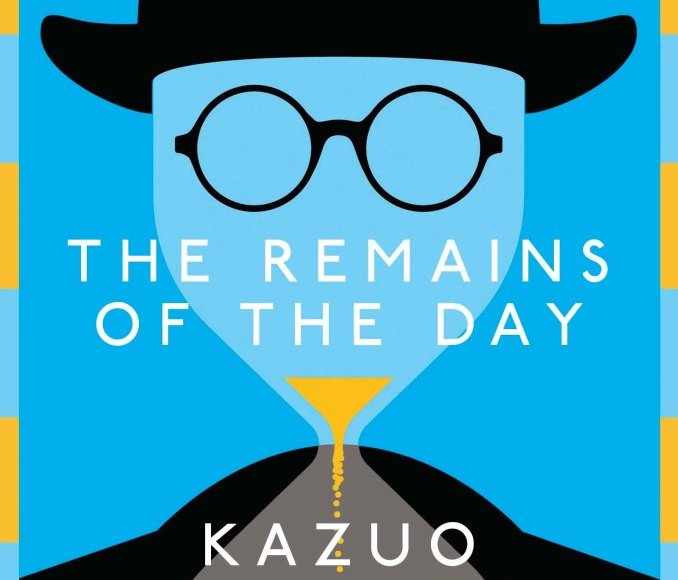 This is another novel in which the narrative voice plays a big role in how the story is perceived by the reader. It plays with the idea that our minds are unreliable when it comes to memories–that memories are more like stories we tell ourselves. For this reason the protagonist, Stevens, takes on the voice of someone who isn’t quite sure if what they remember is the truth; he doubles back and changes the stories he’s already told, adding in information that he did not remember at first or that he didn’t see as important until other events made him rethink his perspective. It brings into question whether or not we can trust the story we are being told.

The Remains of the Day is a profoundly compelling portrait of the perfect English butler and of his fading, insular world postwar England. At the end of his three decades of service at Darlington Hall, Stevens embarks on a country drive, during which he looks back over his career to reassure himself that he has served humanity by serving “a great gentleman.” But lurking in his memory are doubts about the true nature of Lord Darlington’s “greatness” and graver doubts about his own faith in the man he served.

I may be the only one, but I find Stevens a very sympathetic character. This is not to say that he made all the right decisions or that I would want to be friends with him but certainly sympathetic in the way he is written. This is partly because the story is told in first-person from his perspective so there is a certain amount of sympathy that must be given to him in order for the novel to be enjoyed. However, I think this has a lot more to do with how Ishiguro writes the way Stevens’ brain works. There’s a kind of childlike rambling to the way that he says things. It’s almost as if he’s not sure where the narration will go and as a consequence he is observing details that aren’t seen as important until he gets to the end of his narrative.

In that same vein, there is the ever-looming WWII that the Stevens of the past is unaware is approaching. It becomes a sinister cloud because, as readers, we know that it is coming and that events being described are omens of its arrival. Stevens himself cannot see that the actions of his employer will negatively affect him and the household once the war breaks out. There’s this sense of innocence to him perceived by the reader that makes the reader want to step in and let him know what is about to come–or at least that’s what it was like for me.

Stevens is very closed off from the world in general. For one thing, him leaving to go out into the country is seen as this grand adventure–not only by him but by his employer. He has no idea how to interact with people and small talk or “banter” is something he thinks he can practice and learn instead of connecting with those around him. It adds to his perceived naivete. He has a very small perspective of the world and this is intentional to him since he believes the affairs of the world are none of his business. Even the affairs within the estate are ignored by Stevens since he’s only the butler and what does he know the politics that goes on behind closed doors?

What is the point of worrying oneself too much about what one could or could not have done to control the course one’s life took? Surely it is enough that the likes of you and I at least try to make our small contribution count for something true and worthy. And if some of us are prepared to sacrifice much in life in order to pursue such aspirations, surely that in itself, whatever the outcome, cause for pride and contentment.

His refusal to get involved in the politics of his employer stems from and unquestioning loyalty he has for him–something Stevens thinks every butler should have when it comes to their profession. This means that, as a way of being professional, Stevens has become very closed off both when it comes to tragic events in his life and when he has the potential to connect with someone on an emotional level–as is the case with Miss Kenton. There is a romantic subplot to the story, which I’m usually opposed to, but in this instance there is some greater meaning to it than just romance. To have a woman be romantically interested in him and have him be romantically interested in her but completely unable of how to express it or even at that he has feeling for her of any kind, is tragic in that he prides himself in being able to deal with any situation before him logically. But there’s nothing logical about how he feels. So he’s stuck.

I think my only real complaint about this novel is that I was expecting some kind of revelation. With a character that is so troubled and so unable to process what is happening around him, I want there to be some kind of moment in which that emotional dissonance was stripped away. While it could be argued that there was a bit of a moment like this, and I won’t get into any kind of detail because I don’t want to give away the latter half of the novel, I didn’t feel like it had the right kind of payoff. This is very common in postmodern literature wherein a lot of the outcome of the narrative is left to the reader’s imagination. Even though everything in my being wants to invent a happy ending for Stevens, I feel like I can’t given the information that I know of him. The reader is probably the person who knows Stevens the best and it makes them empathize with and yet not entirely enjoying his character–making it all the more heartbreaking that he can’t find his way out of the empty life he’s in.