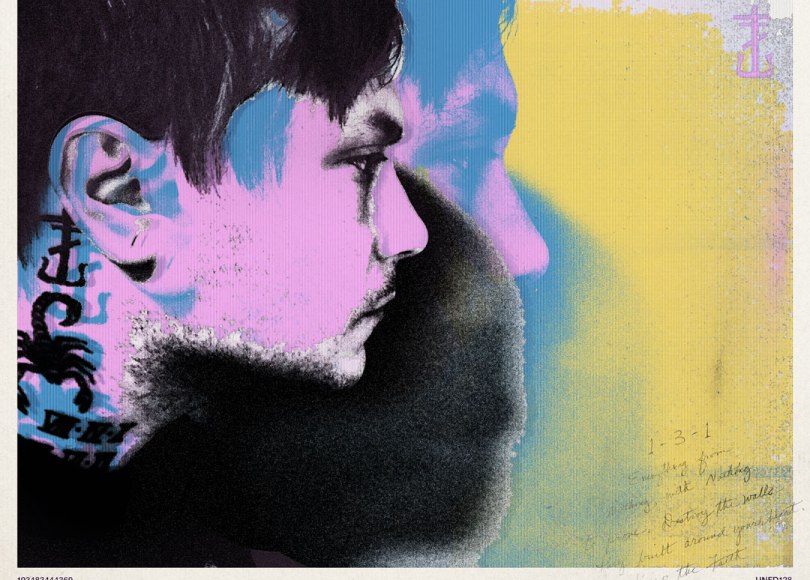 This is an album I started listening to and wasn’t able to get into it mostly because the beginning isn’t as good as the rest of it. It makes it a little tricky to get into the album unless you’re already a fan of Ireo’s music. It actually took listening to past albums to convince me to revisit this one and give it a full listen through.

And I’m thankful I did because there are definitely a number songs I’ve been revisiting and ones that only got better the more I heard them.

Usually I go back and forth about whether to include this section in an album review but in this case I think it’s especially necessary because Frank Iero keeps changing his band–and the members therein. So to make sure that everybody gets the acknowledgement they deserve, I’m going to talk a little bit about who The Future Violence are and what lead to this album being made.

Of course there’s Evan Nestor, a member that has been in all of Iero’s projects since Stomachaches. along with Murder By Death bassist Matt Armstrong, Kayleigh Goldsworthy of Dave Hause And The Mermaid, and Tucker Rule of Thursday.

It was produced with Steve Albini who is known for his work with Nirvana along with many others.

The album comes after a traumatic event for Iero and Nester while touring their previous album Parachutes with The Patience. The album deals with not only the physical barriers one must overcome after such an event but also the psychological ones.

You can read more about it from AltPress.

The guitar on this album is so good. Like, there were multiple times while listening when I was just memorized by the guitar and bass for that matter.

I feel like this is something that might be over looked–mostly because it escaped me the first couple time I listened through–but the lyrical content of this album can be really clever. That’s one I’m particularly fond of in Young and Doomed that talks about being a drag both in the metaphorical sense and as a reference to cigarettes:

From Young and Doomed

I encourage listeners to look up the lyrics for this album because there might be some surprises. I know in my case Iero’s pronunciation can make it difficult sometime to know what exactly is being said but it’s worth knowing some of the subtlety that is going into these songs.

I don’t want to make it sound like I never enjoy Iero’s vocals because his performance in Six Feet Down Under when Iero reminds me a lot of The White Stripes which I mean as one of the highest complements because I adore that band.

I still think the beginning of this album is a bit rough, even after listening through it multiple times. It doesn’t really find it’s stride until the second half, which is interesting since Iero has talked about the album having two different beginnings in an interview. I can really feel that with this album. The only reason I got to the good stuff is because I put it on while I was walking around and I wasn’t paying attention until it got better. That’s not entirely true: Fever Dream only gets better on re-listening. That goddamn guitar and bass! And the emotion in Iero’s vocals! I feel it.

While I become more excepting of Ireo’s vocals as I listened to it more, I never truly warmed up to them. There’s some incredible emotion in them but from a technical standpoint their a bit unreliable.

I love the distortion that is on the beginning of this track before the instruments come in with a force. There are a few moments in this song when things quiet down only to have the instruments hit you in the face a second later. (In fact this whole album tends to go from zero to a hundred quickly and it’s pretty slick too which is amazing).

There’s a recklessness to Iero’s vocals that really fit with the crazy-punk sound of the song.

I love the call-and-response of the guitars that play around in the song too–it add a nice layer to the song that makes it seem more playful.

I would love to experience the madness of this track live. This will probably never happen since Iero keeps changing his band members but it would still be quite the experience.

There are some rocky part to this album and the fact that it took a few listens and the appropriation for Frank Iero’s talent to keep my attention long enough to realize there was a lot going on in this album makes it difficult to recommend–even if I’ve grown to love it. It’s a slow burn but the more familiar I become with the songs the more I want to return to them.

But it’s a very punk/grunge inspired sound and I realize that it’s a little out of what’s popular. Hell, even with Iero’s heavy weight behind the project it’s fairly low profile. It’s not the kind of album for everybody but if this sounds at all like the kind of music you’d be interested in, I suggest you give it a try–and maybe a second listen before you decide whether you like it or not.