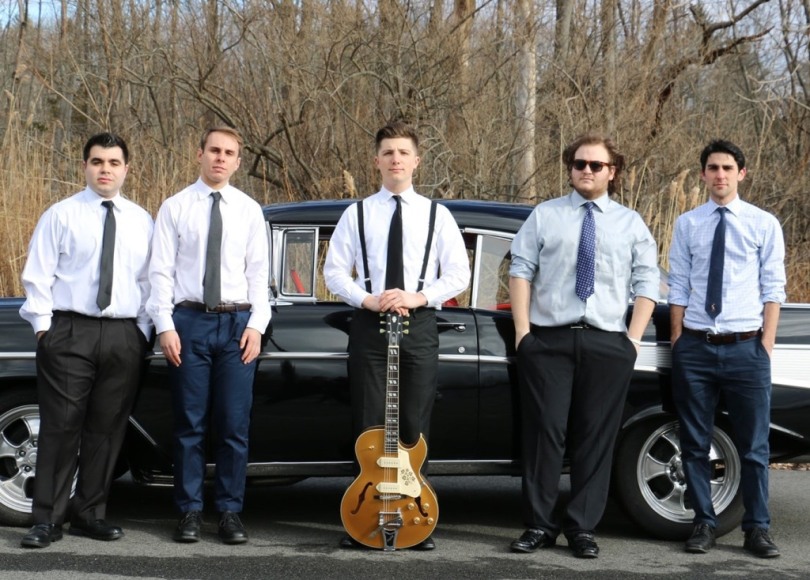 This is definitely a feel-good song for me. The Vespids are a band that I was super excited to find and then mildly disappointed when I discovered they hadn’t released much music yet. Looking on the positive side, it means I get to be surprised when they release new stuff and see where the band will go next.

This was not the direction I would have guessed. In the best way possible.

Something you may not know about me: I love music from the 50’s and 60’s. Think The Beach Boys, Neil Sedaka, The Everly Brothers. If it’s going to be played on a jukebox in a movie then I’m in. There’s something about the fun, carefree feel of these songs that makes me want to sing along at the top of my lungs in the car… probably with my mom since she’s the reason I know most of this music.

So to have a contemporary band I’m already interested in write a song that fit with that style–and do it really well–was something I didn’t know I needed, but I’m glad it happened anyway.

Charlie Mezini’s vocals work really well in this track. He doesn’t try to match the kind of sound and technique that was originally used for this style and yet his tone is so clear anyway that it works regardless. Also, that long and powerful note near the end gives me chills so I know I like it.

I really had to reach to find something I didn’t like about this song so I feel kind of picky.

I think the big thing I wish this song would do is lean into the genre a little more. The vocals are very modern at times, especially when there is some rasp in them. There are some points when there are some layered vocals in the background–like in the chorus–but a lot of the older songs used it a lot more so that might have been fun too.

Mostly, I just want more of this so everything I say as negative really just comes from a place of love.

I think this might be the first time I gave a top rating for anything. I’m usually really picky about what I rate as being at the top because I really only want it to be music I think I can come back to 5 or more years from now and still love.

However, I think this will be one of those songs. It really fits into a genre I’m nostalgic for and it’s a lot of fun and doesn’t take itself too seriously.

I have no idea how it will fit into the rest of their music since the two sounds are very different. But I also like that they’re kind of doing whatever they want–and doing it with fantastic skill. You can read about some of my other thoughts from when I first discovered the band and definitely give this band a listen. They’re shaping up to be one of my favourite bands releasing music right now.