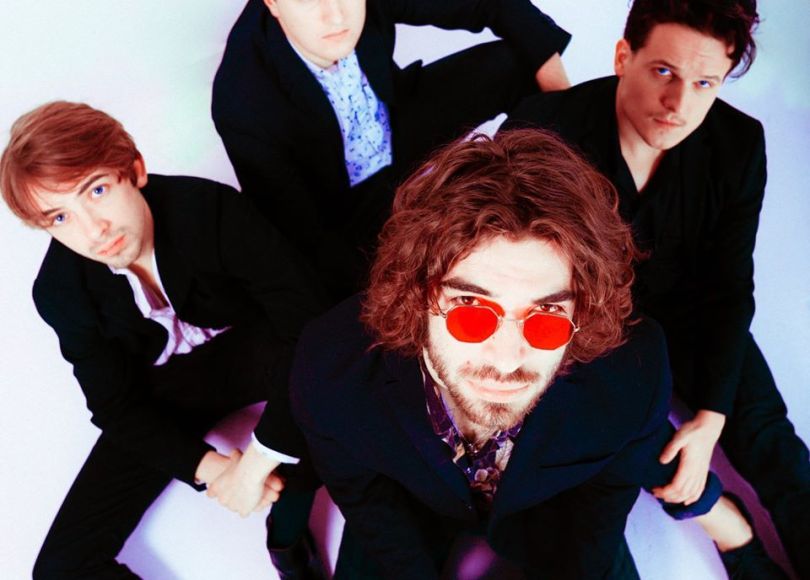 Liking Rock music is one of those weird things because people assume that you’re a really angry person when in fact the two are not synonymous. I can remember talking about how much I enjoyed rock music and punk music as a preteen and people giving me strange looks and asking “isn’t that just scary screaming music?” I think the reason they gave me weird looks is because they had this perception of what rock music was supposed to be and it didn’t match with this scrawny nerd girl that I was in their eyes. Granted, I was a lot more aggressive in my early childhood but by the time I got to high school I had settled… a bit. I didn’t get in any fights. Broke up a couple.

What I like about rock music is this slangy, chunky driving sound that it has. And this song is an excellent example of the kinds of sounds and rock music that pulled me towards it. It’s loud and encompassing. It drowns out all the static going on in my thoughts and demands my full attention. And sometimes you need to sing along to a song at the top of your lungs–nothing is more therapeutic.

This song fits into that sweet spot of what I look for in a rock song.

The instrumentation on this track is insane in the best way. It’s so chunky and buzzy that it taps into the essence of rock music in such a brilliant way–that grunt music quality that comes with slangy rock music. Those little touches with the guitar where it’s almost stuttering kind of crash into you as you listen to them and there’s something just so bass and primal to the sound–it just pumps you up.

You’re only as old as your wasted time

I love the hard onsets that the vocalist has in the song. There are a lot of moments when he begins a phrase with a raspy cry that’s on the one hand a very rock and roll style and on the other creates this aggressive, energetic vibe for the song and it fits perfectly with the music backing him.

Now, as much as I do love the chunky, buzzy quality of this song, it does run the risk of having a very muddy sound. This is fine when it’s an intentional choice and the band and writers were trying to get something that was in that quality. However, when something is very percussion and bass heavy it can make things a little bit chaotic and I think this song could have been cleaner. I say this because there are bands that have done this style and have been able to get a cleaner sound while not losing the quality the song was aiming for. These are bands like Royal Blood or even Arctic Monkeys has done it a bit in their older stuff. I think mostly of Royal Blood because it is a band made up predominantly of percussion and bass so they tend to have a very busy so heavy sound to their music but there’s still a crisp quality to the vocals and to the patterns of the distinct instruments and this song would benefit from capturing a more precise sound.

Honestly my only complaint about the song is probably how weird and confusing the music video is. Granted, I think that this is a band that needs a little bit more time to figure out what its sound is going to be because I’ve heard a few other songs and they don’t all sound like this one and that’s just a thing that happens for smaller bands. They try a lot of new things, they try to figure out what they can and can’t get away with, and they figure out what speaks to them and speaks to the people that like to listen to their music. Overall this is a band that I think I will come back to again and I would love to see if they follow this sound or if they decide to go a different way.