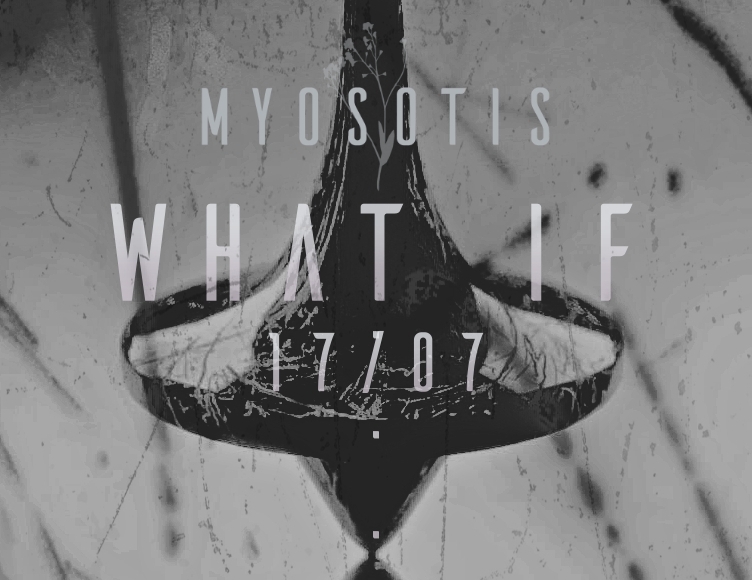 Full disclosure: I was contacted by a music press company that has sent me information about this band and requested that I write a post about them. However, I have not received any compensation for it and it is still my decision to talk about them.

Whenever I talk about how rock is my favourite genre of music, usually people look at me funny because I’m but a small female who can quote entire Disney movies and rock music is that scary, loud music. Or at least that’s how my mom usually reacts.

I usually steer away from rock that incorporates screaming and overly loud instrumentation. In fact, a lot of the rock I enjoy leans towards punk influences.

So the song I’m talking about today falls a little bit outside of my comfort-zone. But hey, I didn’t start writing about music because I wanted to stick with what I already knew.

Background from the Band

It was mixed and mastered by Christoph Wieczorek at Sawdust Recordings.

The song is about having a dark passenger, who pulls you down but sets you free. A question of life, death and desire.

We produced the video with Chrisoph Jordan at VVA Digital. It’s an awesome video production company and Christoph has crazy ideas and insane sense of imagination.

Characteristics of the song are the Djent rhythms in the verses combined with light pop choruses.

If I can be shallow for a moment and talk about this music video–it’s a pretty slick video. I love black and white aesthetics and there are some cool edits that switch between the two vocalists. Also, the Inception reference with the spinning top? Gets me right in my nerdy heart.

I´m addicted to give all my problems different names,

to search for victims,

who play my sad and sadistic games.

I really enjoyed the bridge of this song. The song goes pretty hard from the very start and it isn’t really until this part that the music slows down and we get some excellent vocals. It’s just a beautiful break in the tone of the song. And it matches really well with the lyrics which talk about feeling like you’re trapped in paradise–which should be very beautiful and calming–but it’s a lie that you’re trapped in. And then the music starts to build-up again. It’s a nice storytelling moment.

As I’m not much of a fan of screaming the verses didn’t really hit well for me. Even listening to the instrumentation left something to be desired for me as it sounded fairly uniform and didn’t do anything I wouldn’t have expected. That being said, just because I don’t personally like the style doesn’t mean it was done poorly–actually, the tonality of the screaming is very well done. I can respect it but I don’t have to like it.

There are a lot of moments in this song that have potential. However, it doesn’t fit into the kind of music I vibe with so I’m not sure if I’ll find myself coming back to it. It didn’t do anything that I thought was super innovative either which could have changed my opinion.

But just because it’s not the kind of song I enjoy doesn’t mean it’s a bad song. On the contrary, there’s a lot of talent here. The vocals were super solid and there’s so much passion and drive in the instrumentation, as well as some pretty emotive lyrics.

If you don’t mind a more aggressive sound with booming instruments and screaming vocals then you should check this band out.

Find the band at: