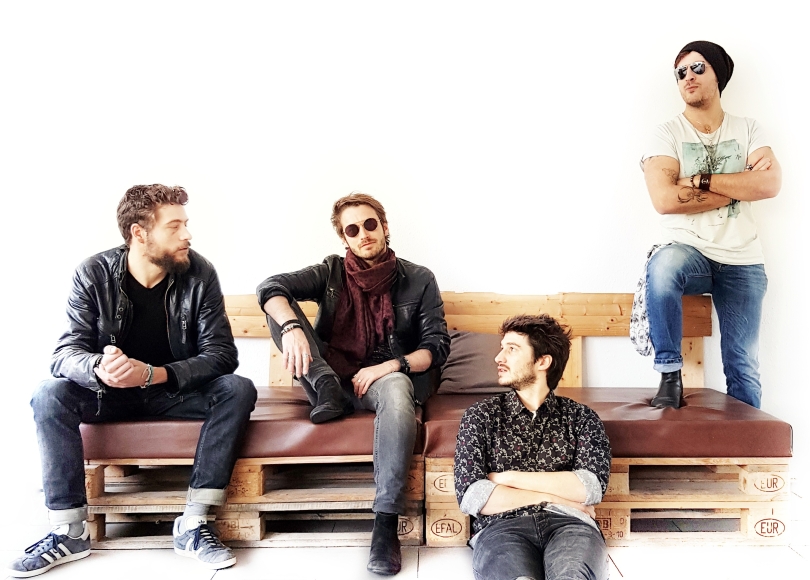 Full disclosure: I was contacted by a music press company that has sent me information about this band and requested that I write a post about them. However, I have not received any compensation for it and it is still my decision to talk about them.

I can’t explain why I love finding bands with smaller audiences so much. Maybe it’s the bragging rights. Maybe it’s the opportunity to watch them grow. But mostly I think it’s getting the chance to introduce people to their music. Even with bands that have a large audience, I love suggesting a friend listen to them and watching them fall in love with something new.

So today I’m going to be talking about Reaven–a band I didn’t know existed until about a week ago and while it wasn’t love at first sight I’m definitely excited for this new album that is supposed to come out this year (2020).

Background From the Band

If you wanna go on a electro trip, sail away in a Pop/Rock boat to travel the world, you should meet Reaven.

4 strong identities, 4 guys who met along the way leading to a pop-rock universe colored with a provocative electro touch.

Reaven is the story of 4 friends who started making music together in the school playground.

Dive into their world and embark with them! Their new album “For Tomorrow”will be released in 2020.

One of the first things I noticed about this song was that there were a lot of different musical elements to it but they were very nicely spaced out during the verses, which made the fuller chorus have more of an impact.

Also, Roméo’s voice is so smooth and breathy at times that it creates this great bass for the rest of the song to form around. Some of the more electronic sounds might feel a bit out of place, or the empty spaces in the music might seem jarring, if not for his voice smoothing those transitions between parts.

There’s a constant, bass-y drumbeat to this song that functions almost like a heartbeat. There are also some electronic samplings that act as a nice counterweight to the warmth of the acoustic guitar and piano.

This song is, as the title suggests, incredibly optimistic and *gasp* hopeful. Which really isn’t my thing…

Look, I don’t mind finding optimism or having a positive attitude–I just tend to find that in music that snarls in the face of hardship instead of, well, watching sunsets.

I understand what this song is trying to do and it’s doing a great job of it. But not the song for me.

Spoilers: This is my favourite song out of the ones I’m talking about today.

I love the staccato guitar strumming in this song. It adds a funk-feel to the track that makes it infectious to listen to. There are also some nice, light synths in the background which create some atmosphere for the song. Add to that those clean drums–which sound like a beat-pad to my ear but my knowledge of drums is limited–and this song just makes me want to dance. In fact, I’ve already added it to my dance playlist.

Overall, I think this band has some cool sounds in it and I’m interested to see where they go next. There are a handful of songs on their album Unbreakable too that I really liked so I’ll be excited when their next album comes out to see how they have grown.

That being said, they’re a little low-key for what I usually look for in rock music–or just music in general–which means I’m still a bit on the fence about them.

You can find Reaven at: