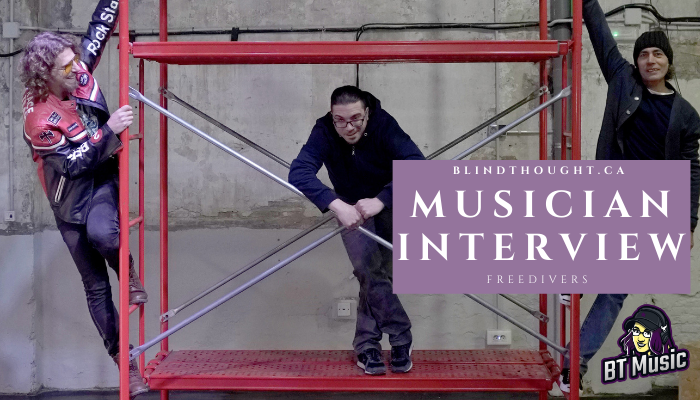 Each of us has a different story of how he got to music and by whom he was inspired. In my case, a large part of that inspiration was Nirvana. For [their] music and for all that [they] represent in the history of 20th century music.

All the songs are composed by Sergi and Rafa. It begins with an interesting riff in which they work together until they achieve a musical structure, then they develop the lyrics. A teamwork that always works well.

We are very satisfied with all the songs we have released, but maybe “Freerider” has a special touch, maybe it is because it was the first.

Go step by step. Everything has its time and its moment.

Maybe a chocolate cookie, because it has a lot of calories and gives me energy and is my favorite flavor.

We believe it has affected you in various ways, some positive and some negative. The positive part is that it is now very easy to reach listeners anywhere in the world. The negative is that the sale of music is not fair for musicians, it is even changing the way of making music.

I would review the business of the sale of music in streaming, the payment that musicians receive is not fair.

Could be, sleep all day.

We would like them to think that we have been a band that with their songs made them happy, gave hope and changed the opinion of many people on some complex issues.

We are working on a new 5 song EP and we have recorded a video that will be out soon.